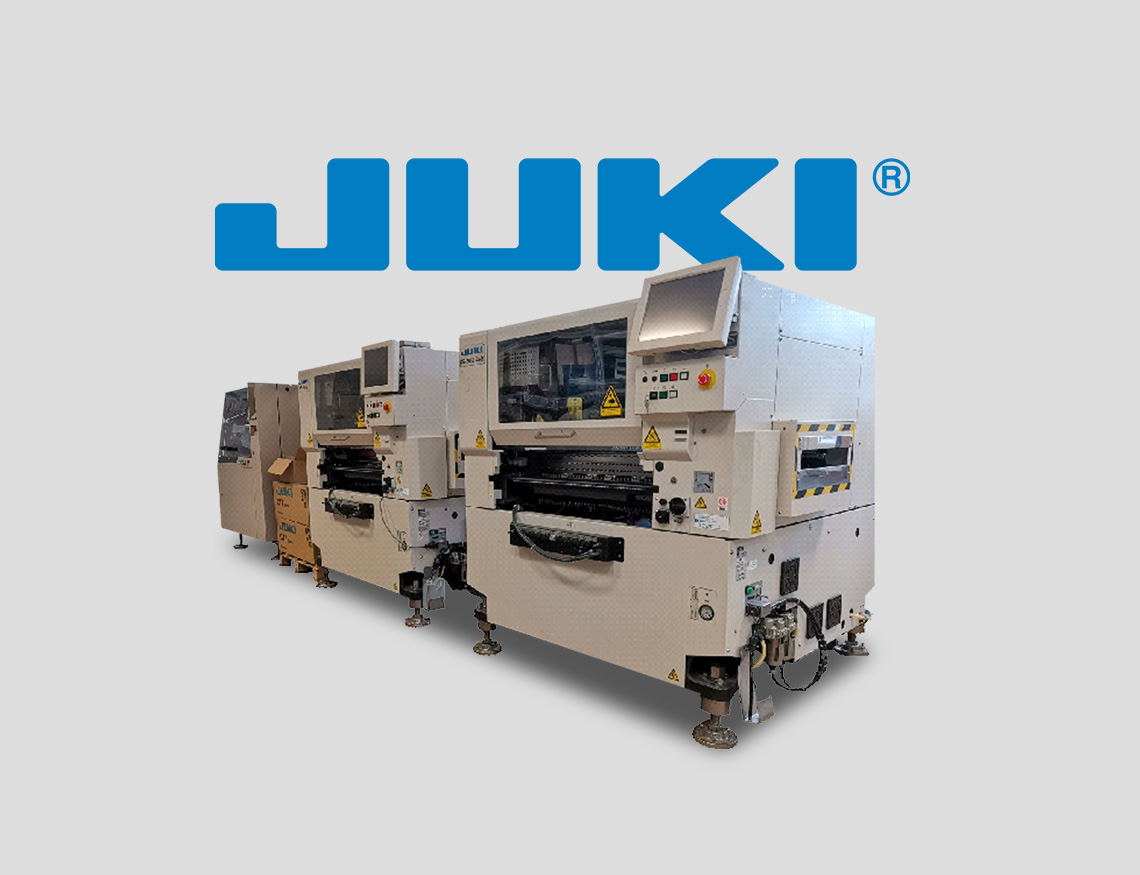 The history of the JUKI brand. Many of you associate the name JUKI with a manufacturer of sewing machines for domestic and industrial use. As a hobby, maybe we are fans of clothing creations created at home, but professionally – the JUKI company – interests us more in other aspects.
Not everyone knows that this manufacturer is also one of the top leaders of technologically advanced SMT assembly devices (Surface Mount Technology).
A few years ago, when purchasing the first JUKI machine, we focused on Japanese technological thought and we were not disappointed. Therefore, we would like to present a portrait of this company, describing its history and sharing our several years of experience in working with JUKI machines at WDR Elektro.
The company was founded in 1938. The headquarters of the company is located in Tama-shi, Tokyo. Less than 10 years from the beginning of activity, JUKI started selling its domestic sewing machines on the Japanese and foreign markets.
In 1953, JUKI started to sell industrial sewing machines. Starting from the basic machines for
a clothing factory, the development research of company processes has evolved for many years, moving sewing to a higher technological level. With the development of electronic functions (introduction of motors to machines), it opened the way for progress in the creation of labor-saving devices ensuring increased productivity, as well as operator’s comfort and safety.
These high-tech innovations, driven by JUKI’s research and development, have placed the company at the top position of the sewing industry worldwide. In 1974, the company opened first American office in New York. The brand’s popularity has grown internationally for home and commercial applications. One year later, the production part of the company (distribution of industrial lines) was moved to a larger facility in Saddle Brook, NJ.
Two years later, the company produced the first sewing machines with overlock technology, which changed the sewing industry forever. When the company was spectacularly successful in one field, it also carried out other activities and developed in other areas in the meantime.
In 1987, the company introduced the first Pick & Place machine dedicated to the electrotechnical industry, and more specifically to surface assembly (SMT). In February 2013, JUKI and Sony Corporation began negotiations to discuss the merger of their SMT divisions.
Since then, JUKI Corporation has successfully established its position in the area of SMT assembly devices around the world, with dedicated sales and service units in key markets such as: Europe through JUKI Automation Systems GmbH based in Nuremberg (Germany) and the Americas through JUKI Automation Inc, based in Morrisville, North Carolina (USA).
In October 2018, the company announced a joint project with Hitachi which uses digital innovation to optimize manufacturing processes, improvement PCB production by tracking inventory control, and streamline low-volume production.
We are curious what the next years will bring in terms of further development steps of this company. In the next post, we will present our opinion about the JUKI machine. The models on which we work and are the heart of the WDR Elektro company are P&P JUKI KE 2050 and JUKI KE 2060.